UP AND COMING UK FILMS: VICTIM AND LETHAL 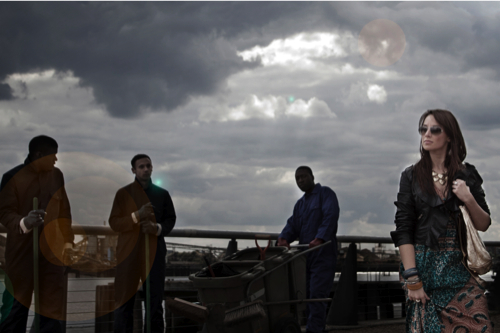 First up is the film VICTIM.

Backed by the film production arm of Pure Music, VICTIM is a vibrant and authentic picture of the consequences of crime, and how one young person will finally escape from this dangerous trap.  Inspired by true events, the script was written by actors Ashley Chin (‘Cherry Tree Lane’) and Michael Maris (‘The Bill’), who contacted fellow actor Jason Maza (‘Fish Tank,  ‘Shifty’ ’Rise of the Footsoldiers’) to be producer.  All three will star in a film set to mark a change in the portrayal of urban life.

When country-girl TIA comes to stay with her cousin in the city, little does she realise that her naivety will disturb the delicate balance of cousin DAVINA and her group of friends.  Living the good life on a career of crime, DAVINA’s friend TYSON struggles to be a parent to his teenage sister NYLA.   Getting to know TIA allows TYSON to see a way out of his violent life.   But TIA’s blossoming romance is a consequence that DAVINA had not envisaged, and DAVINA begins to plot a terrible revenge.

With a sizzling soundtrack from the Pure Music label, and cameos from the most exciting emerging talent of the UK film industry such as Adam Deacon (‘4-3-2-1’ and ‘Kidulthood’) and Leo Gregory (‘Green Street’), along with stars of the urban music world Bashy, Snakeyman and Giggs,  VICTIM is set for release in February 2011.

And next we have “Urban” horror flick LETHAL which started filming yesterday.

LETHAL follows the story of Mikey, a young man seeking to fit in with his peers having moved to this new area, the notorious Highfield Estate.  Highfield has become a hot bed of criminal activity, a no go area for the police.  With incidents of gang related knife crime at an all-time high the government and local council were left with very little alternative than to propose an extensive redevelopment of the entire area. Mikey’s new found friends have all experienced ‘Highfield Estate’ first hand, having grown up there, the constant police and crime scene tape has become an everyday occurrence.  With practically all flats now boarded up, a challenge is set to Mikey to stay in Highfield Estate for a whole night…. alone.  An initiation into the crew.  He willingly accepts, but neither his friends or Mikey could be prepared for what then lies in store…

LETHAL is set to become Britain’s biggest, goriest, most original slasher movies of the decade. Written as the first part of a trilogy, with a second instalment picking up the story following the bloody aftermath of events of LETHAL! And the third instalment LETHAL- ‘The Beginning’ going back to trace the origins of this trail of bloody violence!!

So there you have it. Crime, revenge, gore, romance, council estates, death, road man antics, URBAN!