Last week DJ 279 (also known as Numbers) officially announced that he had been “let go” by Choice FM (Click Here to read if you missed it).

On Saturday night his replacement (rival/nemesis) Tim Westwood  “blasted off” with his first ever Hip Hop/Rap show on Choice FM.

In response to his axing DJ 279 spoke exclusively to The British Black List .

I took a couple phone calls (on September 14) and people were like ‘Westwood’s gonna be joining Choice…”.

Numbers received another phone call from a disgruntled compadre informing him that Westwood’s first show on Choice was scheduled for 9-11pm the following Saturday, evidently leaving the established 12-2 show in a precarious position. It was not until Monday that Numbers picked up an email sent at minutes to 9pm, that same Saturday 14th September. The email, sent by Choice FM manager Stuart Grant, negated the possibility that Numbers would be let go. A sentiment which was reinforced in subsequent conversation:

“He told me that he felt that there was room for both of us and he wanted my show to remain from 1-3 (am)…He told me that he had studied the playlist between us and obviously my playlist is radically different to his [Westwood].  For that reason he didn’t see why there wasn’t room for both of us because our offerings were completely different. He felt that Westwood’s offering was far more commercial and mine was far more cutting edge.”

After communicating his disappointment at how the situation had been handled thus far, the pragmatic presenter sought to solidify the agreement in writing with the renewal of his contract which expired on 17th October. But despite pronouncements in the affirmative, Stuart Grant returned on Friday 20th September to inform 279 that ‘the bosses above’ had decided not to renew his contract and to let him go,

At the start of Westwood’s first show on Choice FM a few artists including UK artists Giggs and Lethal B dropped bars welcoming their Lord and Master to the station.

All I can do is shake my head.

The way Choice FM management chose to handle this matter was foul and brutal but what we have to remember is that Choice FM sold out to Capital FM/Global over a decade ago. Choice stopped being an independent black owned community based/focused radio station years ago.

Each year since the Capital FM/Global takeover the station has steadily morphed in to a mainstream “URBAN” beast and there are probably more major changes to come.

If we as a people want things to change then we have to create our own radio stations. OWNERSHIP is key here (Internet radio is the way forward people).

It is a complete waste of time and energy getting angry at the likes of Choice FM and BBC 1xtra when they pull stunts of this nature. We are not the owners of these corporations or the decision makers. The executives are therefore free to do as they please. 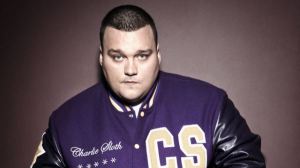 Oh and for those of you who missed this, In 2013 two of the biggest Hip Hop/Rap shows in the UK are hosted by Tim Westwood (Choice FM) and Charlie Sloth (BBC Radio 1), now rivals going head to head on Saturday nights, same time slot.

All I can do is laugh out loud.

Anyway onwards and upwards DJ 279 and I wish you all the best for the future.