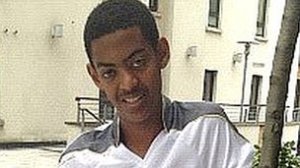 An Ethiopian teenager who was part of the Olympic torch relay has gone missing from a hotel in Nottingham.

Natnael Yemane, 15, was a torchbearer as part of an official international programme team as the relay entered the city on Thursday.

Police said he left the Jurys Inn, Waterfront Plaza, at about 21:15 BST and did not return.

Officers added they were concerned for his well being as his English is limited and he is not “street-wise”.

He has cropped Afro hair and was last seen wearing faded dark jeans, a green and yellow camouflage hooded jacket and black trainers with a white stripe. Continue Reading…..

I hope they find him safe and well.