THE VOICE CANCELS UK TOUR DUE TO POOR TICKET SALES 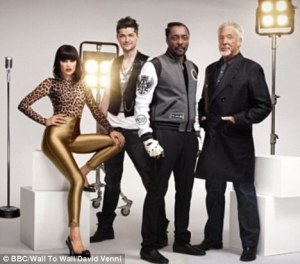 The Daily Mail reports that BBC show The Voice (UK) has cancelled its UK tour because of poor ticket sales.

A spokesperson confirmed that,

‘Unfortunately, The Voice UK Live has been cancelled due to lack of ticket sales – customers are advised to contact their point of purchase for ticket refunds.’

The Voice UK started out strong in the ratings but as the weeks went by the show gradually began to lose viewers, which explains why the BBC eventually decided to cancel the tour.

The Voice winner Leanne Mitchall and fellow finalists Bo Bruce, Vince Kidd, Becky Hill, Max Milner, Jaz Ellington, Tyler James and Ruth Brown were all set to tour around the UK, but now it looks like they will all have to go back to their day jobs for now.