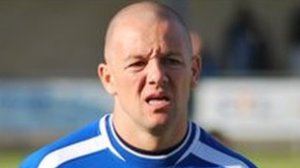 The world of football is really trying to clean up it’s act. First there is the attempt to tackle the on-going racism and now this.

Oxford City have sacked their striker Lee Steele for posting a homophobic remark on Twitter about the former Wales rugby player Gareth Thomas.

“I wouldn’t fancy the bed next to Gareth Thomas #padlock my arse”.

Ford told the BBC: “On this occasion Lee’s had to pay for his error of judgment. He’s made a homophobic comment, [but] that doesn’t necessarily mean he’s homophobic.” Continue Reading….

Oh dear..oh dear Lee. Next time think before you tweet!