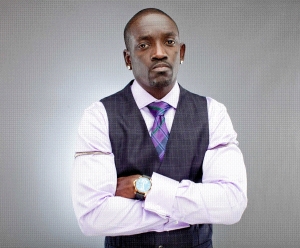 In response to the rumour that Island Def Jam CEO LA Reid has been fired, Akon’s brother/Vice President of A&R (that role still exists?) Bu Thiam said this?

As an Island Def Jam Executive, and more importantly a music fan, the recent heat that LA Reid has come under, in my opinion is extremely whack! Everyday I’ve been getting calls from people asking “When is LA getting fired? or what happened to Def Jam?”

The ironic thing about this whole situation is that, over the last twenty five years there are few people more qualified to run a label. When I hear people say that LA can’t hear hit records, I wonder do they realize that LA’s produced over thirty number one singles…Or when people say LA can’t pick stars, do they realize that he signs, develops and creatively supports some of the most culturally significant artists of our generation, Usher, Pink, TLC, Justin Bieber, Avril, Outkast, Mariah, Ne-Yo, Rihanna, Jeezy, Rick Ross, Nas and Kanye, to name a few. Or when people say that LA doesn’t care about anyone but himself, do they realize that he’s groomed some of the best executives and helped put the city of Atlanta on the musical map forever?

In the end instead of adding to the drama, I think we should all stand up and support someone who’s given more opportunities to men and women in the music industry than anyone else in the business.

I heard via the Internets that if you try to email LA using his company address it bounces back…..

Bu’s neck will probably be on the chopping block soon. He better keep his head down and get on with his work.