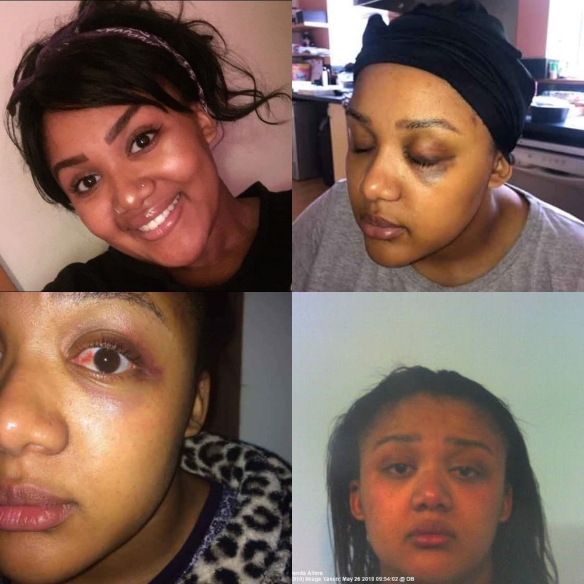 Siyanda Mngaza, is a 22-year-old Black woman from Caerphilly, South Wales formerly an HR officer for South Wales Fire Service. Aged 20 Siyanda was the victim of a vicious racist attack that took place on the 25th May 2019 at a camping site in Brecon, Wales. During the brutal attack, she was left with a severe black eye and marks on her face.

As a result, and following in the tradition and tragic history of institutional racist policing responses to racist attacks, that sees victims arrested instead of perpetrators Siyanda was charged with GBH (Grevious Bodily Harm) with intent by Dyfed Powys Police.

After an appalling biased police investigation and many evidential flaws and errors, Siyanda was eventually convicted and unbelievably jailed for four and a half years.

Siyanda, who is 4’10 and has never been in trouble before, was a victim of a race hate crime, where a gang of three white people (one female and two males) had subjected her to a vile torrent of racist abuse and a vicious physical racist attack. She had no choice but to try and defend herself, injuring one of her attackers in the process. Despite this, she continued to suffer racist abuse as they were beating her.

Siyanda expected the Dyfed Powys Police to investigate the racist attack; instead, they chose not to do so, preferring to listen to the three white perpetrators who conspired against her. There is photographic evidence of her injuries and supporting medical records.