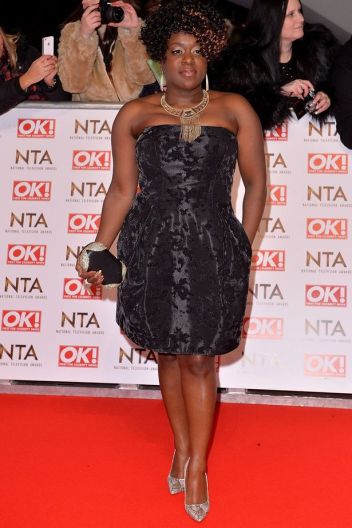 Eastenders star Tameka Empsom stood her ground and refused to attend the ‘Inside Soap Awards’ on Monday night, because it was held at the controversial London nightclub DSTRKT.

Last week the nightclub’s racist door policies were exposed (CLICK HERE to read all about it) thanks to a black male promoter who is happy to enforce these policies.

Several EastEnders stars had reservations about attending the awards.

A source said: “Lots felt uncomfortable but felt a duty to say thank you to their fans, who voted for the winners. It was a really tough decision.

“Tameka resolutely refused to go. Everyone fully accepts her decision.”

She tweeted: “Looking forward to InsideSoap Awards on Monday. I always enjoy their awards, interviews and photo shoots. However…. Not sure if I will get into the venue………….. # DSTRKT #DoILookDstrkt.”

Fellow Eastenders star Richard Blackwood DID turn up to the Inside Soap Awards on Monday night. But don’t worry Richard….I get it, you just joined the show and don’t want to rock the boat for yourself.

Congratulations Tameka on your win and maximum respect to you for standing up for what is right!