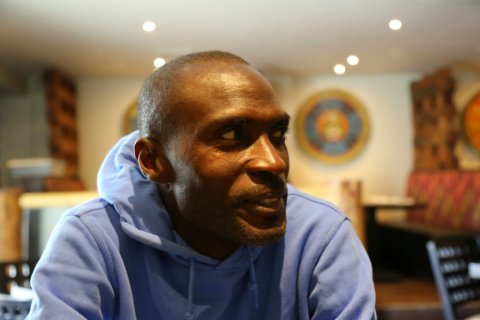 Coping With The Boko Haram Insurgency is a two part Documentary filmed in Nigeria in the aftermath of the #BringBackOurGirls Campaign in Chibok, produced by Kayode Ogundamisi and Hona Africa.

Part One: “Reclaiming Maiduguri” focuses on Maiduguri, a 30 minute drive from Sambisa, the stronghold of Boko Haram. It examines how the people are trying to survive and coping with the Boko Haram insurgency in the town. It looks at the contributions of volunteers from a variety of sectors including healthcare and education as well as NGO organizations that refuse to leave the supposedly dangerous areas. It also looks at how the people have been surviving, featuring discussions with members of public in markets in Maiduguri, and an opportunity to see places that have been targeted by Boko Haram terrorists.

Part Two: Inside The IDP Camps” focuses entirely on the Internally Displaced Persons; their new lives as refugees, their living conditions, their experiences of being displaced, their suffering and how they have overcome the challenges. Part Two also includes interviews with volunteers working in the camps based in Maiduguri and Abuja, which are a reflection of other IDPs camps across Nigeria. It concludes with an exclusive interview with the Special Assistant on Media to the President of Nigeria, Mr. Femi Adesina.