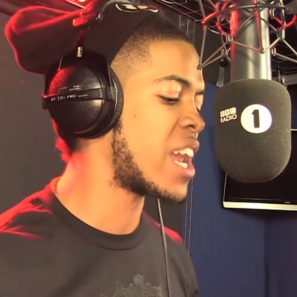 Last night Chip’s ‘Fire In The Booth’ session dropped on the Internet courtesy of the The Charlie Sloth Show (BBC 1XTRA).

*Note: An excited Charlie Sloth dropping a bomb after the ‘coonery’ jab. Ha!*

Chip has been living in America for a while and as far as I know is still signed to rapper T.I’s Grand Hustle label.

Anyway, this random “beef” with Tinie confuses me because earlier this month Chip tweeted Tinie. 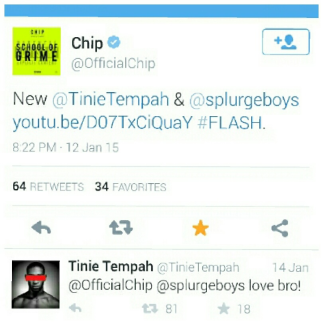 What has happened between then and now?  Why the sudden urge to call out the ongoing “coonery” taking place in the entertainment industry? Is he now receiving the Dizzie Rascal treatment?

Chip can spit and I like his flow, but the words PUBLICITY and STUNT keep flashing before my eyes.

When u kicked miss D and emile sande out ur videos FOR BEING BLACK FACED WOMEN WHO WAS A COON THEN??? Or is man gona deny this???????