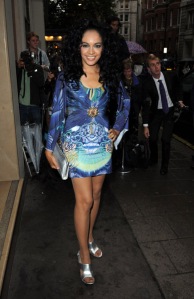 It has been announced that this year’s MOBO (Music of Black Origin) Awards will air on ITV2 with highlights  on ITV 1.

In a press release the network said:

ITV and the MOBOs today confirm that a three-year partnership is in place for broadcast coverage of the ceremony on the UK’s biggest digital channel, ITV2, and a highlights show on ITV’s main channel.
The annual ceremony, which will this year take place on October 22nd, celebrates the best and brightest new talent in the UK’s thriving urban music scene, alongside more established UK and international names.
Kanya King MBE (founder and driving force behind the MOBO movement, commented:
“We are very excited that with our new broadcaster, the awards show will be receiving more support and attention than ever before. The new contract with ITV will help us celebrate the next generation of top talent, as the MOBOs continue to pioneer talent within urban music in the UK.”

So MOBOs, you have finally found your way back home.

For those of you who don’t remember, ITV (Carlton Television) was the original broadcaster of the MOBO Awards back in 1996. It was later moved to Channel 4 in 1998, and then on to the BBC.