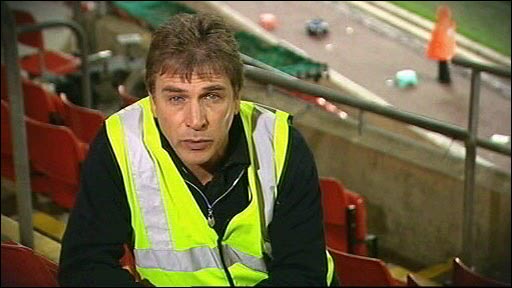 “I just wonder if her dad, because he has obviously been the most influential person in her life, did say to her when she was 12, 13, 14 maybe, ‘listen, you are never going to be, you know, a looker.

After the backlash he responded with:

“The point I was trying to make, in a rather ham-fisted kind of way, was that in a world where the public perception of tennis players is that they’re all 6ft tall Amazonian athletes, Marion – who is the Wimbledon champion – bucks that trend.”

He said she was “a fantastic example to all young people that it’s attitude and will and determination together, obviously, with talent that, in the end, does get you to the top”.

“So I have apologised to Marion by letter if any offence was caused and I do hope that we can leave the matter there now,” he added.

He had earlier said he had poked fun “in a nice way at how she looks”, adding: “She is an incredible role model for people who aren’t born with all the attributes of natural athletes”. 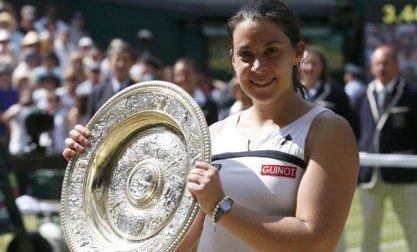 While Marion was out there on centre court becoming a world champion this fool was sat in a BBC studio talking a load of offensive crap.

So according to John, Marion is unattractive because she doesn’t have long blond hair, blue eyes and isn’t 5 ft 11?  Who does this man think he is to pass judgement on a young woman’s looks during a live broadcast?

Newsflash John when the world looks at you none of us see actor Henry Cavill. All we see is a dried up, middle-aged BBC correspondent with bad hair who was lucky enough to get a job on television.

Moose Inverdale should do himself a favour and stick to talking about sport in future.