US UNIVERSITY OFFERS COURSE IN JAY-Z STUDIES (THE SOCIOLOGY OF HIP-HOP: JAY-Z 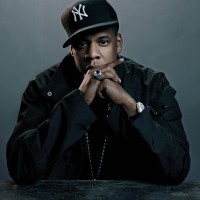 The ridiculous Jay-Z hero-worship has gone that one step further.

USA Today reports that “Professor” Michael Eric Dyson who teaches at Georgetown University in the US, has offered a course titled the ‘Sociology of Hip-Hop: Jay Z’.

According to the Mad Professor,

“It just happens to have an interesting object of engagement in Jay-Z — and what better way to meet people where they are?” Dyson said. “It’s like Jesus talking to the woman at the well. You ask for a drink of water, then you get into some theological discussions.”

All I can do is laugh out loud. Dyson is obviously a DIE-HARD Jay-Z fan who has fallen in love with the former waste man from Marcy Projects.

Though hardly as rigorous as organic chemistry, the course does have midterm and final examinations and required readings, including from Jay-Z’s book, “Decoded.” Classes — the final one is Wednesday — focus more on African-American culture and business than on the particulars of the rapper’s biography, which include millions in record sales, Grammy Awards, a marriage to Beyonce with a baby on the way and tours with Kanye West and Eminem.

What I want to know is how will attending this random course help the students in the long-term? Will a prospective employer be impressed once he/she sees that the candidate scored an ‘A’ in the  ‘Sociology of Hip-Hop: Jay Z’ on their CV?