UK NEWS: OLYMPICS AMBASSADOR SENTENCED TO TWO YEARS IN PRISON FOR GOING ON A RAMPAGE DURING THE LONDON RIOTS 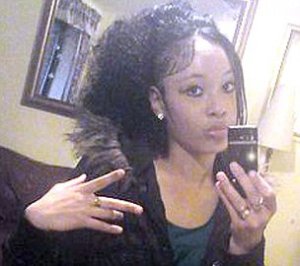 18-year-old former Olympics Ambassador Chelsea Ives, who met London mayor Boris Johnson as part of her  Olympic role for Waltham Forest council has been sentenced to two years in prison for rioting and looting during the London riots.

The teenager was arrested after her mother spotted her on television and contacted the police.

The Metro reports that Ives hurled a rock through a shop window then said to a friend ‘this is the best day ever’. She also admitted burglary, damaging a police  car, and two counts of violent disorder.

Ives mother Adrienne said “the decision to report her daughter was ‘gut wrenching’. ‘I had to do  what was right. I love my daughter but she brought up to know right from wrong”.

Look where following the wrong crowd and behaving like a blasted sheep gets you! This girl had a bright future ahead of her but has now more or less thrown it all away.

As for her mother.. I don’t even know what to say apart from she must feel awful and is probably racked with guilt.