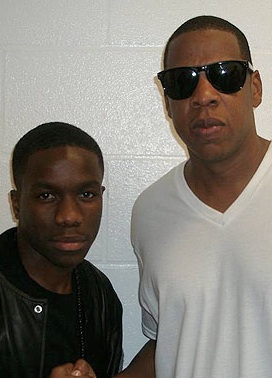 PunchBowl Blog reports that rapper Tinchy Stryder has signed a deal with the “mighty J-Hova” himself Jay-Z.

Tinchy hinted on his Twitter that he was to meet the hip hop mogul at his show in Manchester on Monday night, and after finally meeting him for the first time, it has been confirmed the two have signed a big-bucks deal.

Jay-Z’s “Roc Nation” has signed Tinchy’s management company in it’s first European venture. The new leg of the company will be called Takeover Roc Nation and will release records with Sony Music and tickets with Live Nation.

Shawn Carter aka Jay-Z aka J-Hova aka Hove aka Lucifer, really does have an eye for spotting and taking onboard OUTSTANDING British “urban” talent doesn’t he?  The man is a genius!