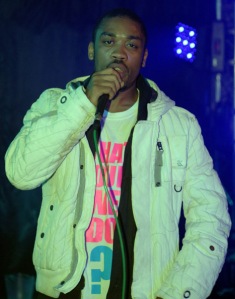 Mad News has been threatened with legal action.

This threat comes from rapper Wiley’s management team who in APRIL 2010 requested that I remove a blog posted way back in 2008.

The story reported that Wiley had fallen out with his management in spectacular fashion.

In 2008 Wiley made a point of posting his thoughts on the RWD website, detailing the situation with his manager. HE put it out there in to the public domain that he was unhappy.

But in 2010 I have now been informed that all is well with Wiley and his management, which I am so relieved to hear because MILLIONS of visitors to this site from all over the world had been talking/speculating about this situation for 2 years.

Anyway I was then told that the post had to be “removed straight away or further legal action would be taken”.

I have since removed the offending post because I don’t want to be blamed for ruining the career of a rising star like Wiley, and I don’t have the time, money or patience to fight over a 2 year old blog post, that people stopped paying attention to just a week after it was orignally posted.

Hmmm this explains a lot…

It doesn’t get anymore mainstream than this!