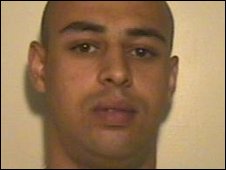 This man harboured a SERIOUS grudge for 20 years.

A man who police described as acting “like a wild animal” has been jailed for beating his former head teacher unconscious in a restaurant.

He received an indeterminate sentence for public protection and will serve at least three years in prison.

Bullen recognised his victim as he sat with two friends in the Kabana restaurant on Milkstone Road, Rochdale, in February 2009.

He asked Mr Heakin whether he used to teach at St John’s Primary School and then said: “You’ll remember me, you beat me up when I was six.

“I’ve been waiting all these years to meet up with you. I’m Jermaine Bullen.”

He then attacked Mr Heakin with a glass and beat him unconscious. Continue Reading….

If the head teacher really did beat up Jermaine Bullen when he was just 6 years old,  then it’s true… karma really is a bad bitch.