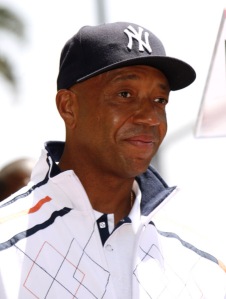 At first I thought that Russell had finally succeeded in completely disappearing up his own backside which then led to his hospitalization. But it turns out the problem is with his hand.

Russell Simmons has been admitted to Mount Sinai hospital in NYC.Russell has been Tweeting about having problems with his hand. His hand is swollen and he said he’s in extreme pain:

“Damn. This shi. Hurts. I wanna cut my arm off, it would hurt less.”

It seems he has a very bad infection in his hand. He’ll probably be in the hospital for three days.   Source

Russell  is now at home recuperating and twittering  with an ailing hand.

LL Cool J paid him and visit and actor Djimon Honsou had dinner with him.

Tagged as: Def Jam, get well soon!, hasn't disappeared up his own backside yet, Hip-Hop, infection in his hand, Mogul, Music, Rap, Russell Simmons hospitalized