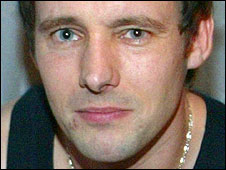 A chef who stabbed his lover to death before cutting flesh off his thigh and cooking and eating it has been jailed.

Anthony Morley, 36, the first winner of Mr Gay UK, was told he would serve a minimum of 30 years in prison for the murder of 33-year-old Damian Oldfield.

Morley was convicted of murdering Mr Oldfield at his home in Bexley Avenue, Leeds, by a jury at the city’s Crown Court on Friday.

The judge said the murder was “one of the most gruesome” he had encountered.

Sentencing, Judge James Stewart QC said: “Not only did you murder your victim by cutting his throat and stabbing him but you cut him up, cooked him and ate part of him.  Continue Reading….

Sick lunatic! He deserves to burn.