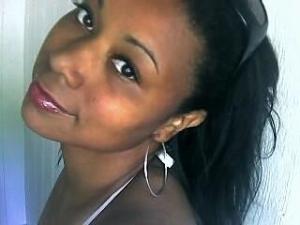 Armed with a degree in Journalism and Marketing, publicist, music journalist, columnist, talent agent, and booking agent Kandis Knight, is fast becoming a major force within the world of entertainment.

Hailing from Minneapolis Knight’s dynamic organisational skills and strong work ethic led to a coveted position with The Rae Mackenzie Group, an upscale marketing boutique in the heart of Downtown Minneapolis’s historic Warehouse District. Knight’s mentor Sharon Smith (Akinsanya), was instrumental in teaching Knight about the music business. Smith was also the Vice President of Marketing for Prince and Paisley Park for over ten years.

Knight later moved on to write for The Minnesota Spokesman-Recorder, where she interviewed musicians including Grammy Award-winning artists, and contributed to a  Minneapolis based Hip Hop website. She then swiftly went on to produce her first weekly column, ‘Verb, in The Pulse of The Twin Cities’, and became a prolific writer, documenting and cataloguing various artists from the Midwest.

In 2004, Knight had a desire to connect the Twin Cities Hip Hop scene. She began a monthly column called “Kandi-apolis” in The Urban Trendsetter Magazine, an African-American publication, in hopes of disseminating information about artists across the city. Her media influence grew and many people were connected as a result of Knight’s work in the community.

“Kandi-apolis” went on to achieve syndication status, and InBox Magazine (St. Louis) was one of the first Midwest magazines to carry “Kandi-apolis”.

However in 2006 after the debut of her first aritcle in The Source Magazine, Knight decided that it was time to venture out in to a larger market and made the decision to relocate to Atlanta, Georgia.

Once in Atlanta, Knight quickly became immersed in to the Atlanta Hip Hop scene where she began to focus on Public Relations full-time. She began writing for Grip Magazine alongside Editor in Chief, Carlton Wade (Source Magazine’s Southern Correspondent), Indiestreet Magazine and others.  “

Recently Knight was the Director of Publicity for the hugely successful Hypnotized Tour, and currently represents a multitude of artists, corporations, organizations and non-profit organizations.