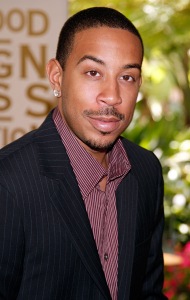 Presumptive Democrat presidential nominee Barack Obama has condemned an endorsement song from Ludacris, in which the Atlanta MC criticizes rivals Hillary Clinton and John McCain. The song “Politics: Obama Is Here” contains celebratory bars on Obama’s success, but turns venomous when Obama’s rivals are addressed. Ludacris references the bitter Democratic primary battle by stating “Hillary hated on you/So that b**ch is irrelevant.” Regarding Republican nominee John McCain, the rapper rhymes: “McCain don’t belong in ANY chair unless he’s paralyzed/ Yeah I said it cause Bush is mentally handicapped/ Ball up all of his speeches and I throw ‘em like candy wrap.” “As Barack Obama has said many, many times in the past, rap lyrics today too often perpetuate misogyny, materialism, and degrading images that he doesn’t want his daughters or any children exposed to,” explained spokesman Bill Burton. “This song is not only outrageously offensive to Senator Clinton, Reverend Jackson, Senator McCain, and President Bush, it is offensive to all of us who are trying to raise our children with values we hold dear. While Ludacris is a talented individual he should be ashamed of these lyrics.” (Source)

Let’s all give Luda a round of applause!!!!! *rolls eyes*

Seriously I expected better from Ludacris.

Was he hoping that Obama would embrace this track, and then use it as his official campaign song?