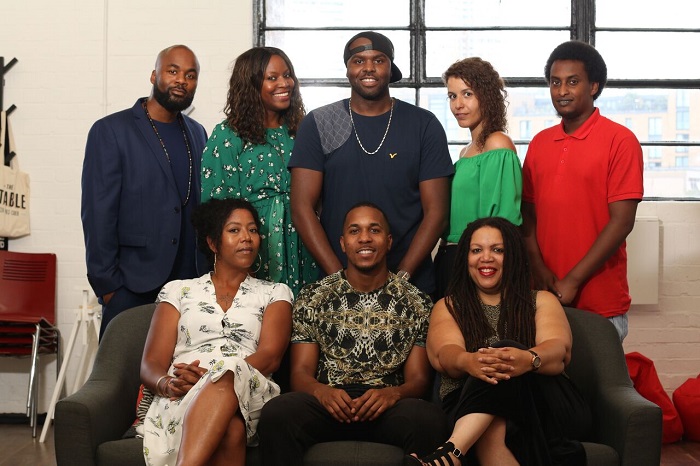 Six emerging BME filmmakers from the West Midlands have been given the opportunity to fulfil their potential as part of a six-month artist development programme called BACK IN.

The dynamic programme, powered by innovative creative agency Punch and curated by talented director and entrepreneur Daniel Alexander enables participants to attend bootcamps and masterclasses, develop industry knowledge, professional connections, be mentored and concludes with the creation of a short film on a small budget.

“Participants were selected through their showreel quality, their references and their dedication and determination to succeed. They have already had a robust level of local success and we can see that they have the potential to replicate that nationally and beyond,” says Daniel Alexander.

The programme ran for the first time successfully last year and the 2017 cohort of the BACK IN film programme, will be hosting a panel discussion around diversity in the UK film market, and showcasing their work in the EVERYMAN cinema, inside the Mailbox on September 26 as part of BBC Digital Cities – a week-long series of events for the creative industries in Birmingham starting on Monday 24 September 2018. There will be a full schedule stripped across the week, offering insights and free digital skills training.

Punch Records owner Ammo Talwar MBE says: “Punches role in BACK IN is to support the next wave of young black filmmakers in getting better connected. It’s about new networks and partnerships.”

Programmes like this are important because the industry workforce does not reflect the diversity of the UK. Black, Asian and Minority ethnic backgrounds representation in the industry has declined across production, distribution and exhibition in recent years. In production, 59% of UK films do not feature a single black actor in a named character role and films that feature a black actor tend to revolve around stereotypical topics.

Local filmmaker and BACK IN participant Michael Ellis says:

“The current state of diversity in the industry does seem to be improving but we still have a long way to go. There is still an ethnic imbalance and also gender imbalance in terms of representation. Certain communities are still underrepresented. It’s important for different voices to be heard and for us to be telling our own stories because that makes what we see in TV and in film more authentic and truthful.”