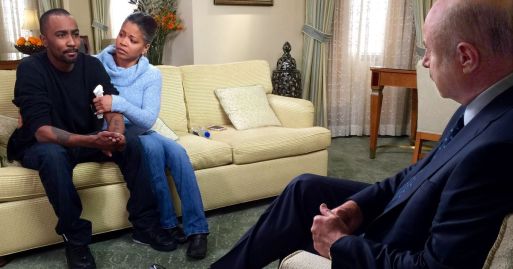 In a national television exclusive, Dr. Phil conducts an emotionally charged intervention with Nick Gordon, boyfriend of Bobbi Kristina Brown, the 22-year-old daughter of singer Bobby Brown and the late Whitney Houston. With his mother, Michelle, at his side, Nick expresses to Dr. Phil the mental anguish he says he has been suffering since Bobbi Kristina was found unresponsive in a bathtub in January, as well as from the tragic loss of Whitney Houston three years ago. Why does he say he has not been able to visit Bobbi Kristina, who remains on life support in an Atlanta hospital? And, why does he blame himself for not being able to save Bobbi Kristina or Whitney? Michelle says she fears for her son’s life, as he battles drug and alcohol addiction and has become increasingly self-destructive. Will Nick except Dr. Phil’s offer of help?