WILL AND JADA SMITH ‘UNDER INVESTIGATION BY CHILD SERVICES’ OVER PHOTOGRAPH 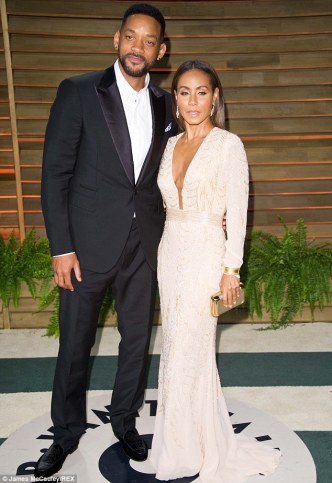 RadarOnline reports that Will and Jada Smith are under investigation by the Los Angeles Department of Children And Family Services over a photograph featuring their 13 year old daughter Willow.

In the photograph Willow is seen lying on a bed next to 20 year old topless actor and family friend Moises Arias.

The investigation was formally opened last week and is being taken very seriously by the department,” an insider told Radar. “Will and Jada Pinkett Smith have been extremely cooperative with officials. Of course, they aren’t happy that their parenting skills are under scrutiny, but they understand.”

The source revealed, “Social workers will also be talking separately with Willow, and they also want to talk to the young man in the picture with her as well. This won’t just be one or two visits with the family, and it will likely be an open investigation for at least a month, out of an abundance of caution.”

The MailOnline has contacted both Will and Jada’s representatives and awaits comment.

When asked about the photo, Jada lashed out at photographers and videographers as she arrived at Los Angeles International Airport on May 7.

Speaking in a video on TMZ she said:

‘Here’s the deal. There was nothing sexual about that picture of that situation. You guys are projecting your trash onto it … and your acting like covert paedophiles and that’s not cool.’

Now why is a 20-year-old hanging out with a 15-year-old boy and his 13-year-old sister? Doesn’t he have any friends of his own age?

Anyway if this story about the investigation is true it could quite possibly open up a can of worms and shine a brighter spotlight on the Smith family. Or if they are lucky nothing will come of this investigation.