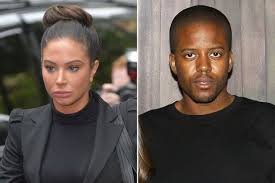 Singer and former X Factor judge Tulisa Contostavlos said allegations made by a “celebrity” blogger that she hit him in the eye at a music festival are part of a vendetta against her, a court heard today.

The 25-year-old singer said Mr Morgan had previously made “unfounded and vicious” allegations against both her and her assistant Gareth Varey.

“At no point was I threatening or abusive towards him,” Contostavlos said in a police statement read out to court. “In fact I had my hands behind my back as I knew he was capable of inventing assault claims as he had done against Gareth in the past.”

Detective Sergeant Amanda White told the court stars who witnessed the incident, including singers Misha B, Mutya Buena, Alexandra Burke and rapper Wretch 32 had all been asked to give police statements through their representatives, but none were provided.

Where are Tulisa’s friends when she needs them to back her up (minus her ridiculous “PA” Gareth Varey)?

I am not surprised Misha B ignored the request to provide a statement. Misha was not about to do Tulisa any favours after she accused the former X Factor contestant of bullying other contestants behind the scenes.

As for the others….

Rapper Wretch 32 probably didn’t want to be seen cooperating with the “FEDS”, Mutya just wanted to focus on reviving her half dead music career along with the other former Sugababes and Alexandra probably just wanted a quiet life.