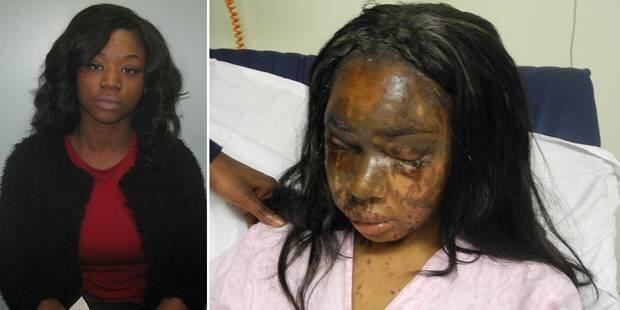 Mary Konye has been found guilty of hurling acid in to the face of her former friend Naomi Oni.

Mary Konye, 21, dressed in a veil and attacked Naomi Oni after following her home.

Ms Oni, 21, a former friend of her attacker, was left scarred and needed skin grafts after the incident in Dagenham, on December 30 2012.

Konye, of Canning Town, denied throwing acid but a jury at Snarebrook Crown Court returned a guilty verdict after more than seven hours of deliberations.

After the unanimous verdict judge David Radford warned her she faced jail.

He adjourned the hearing for sentencing on March 7.

Mary Konye you are a sad evil piece of scum.  Enjoy your stay at Her Majesty’s Pleasure.