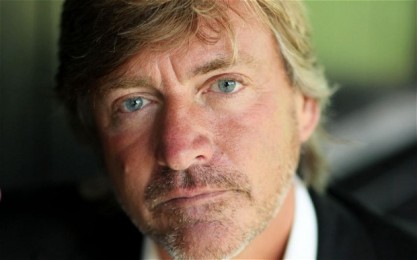 During a discussion about the late great Nelson Mandela and his family (former wife Winnie and his children) Madeley said the following,

” I wish Winnie had just kept herself in the background. She’s really been riding on the coattails of his illness, which has not been pleasant to see”.

After I heard this disrespectful nonsense spill from Richard’s trap I just wanted to throttle the fool.

The mainstream media still tries to vilify and discredit Winnie. They also try to play down her role in the fight for freedom in South Africa because this woman (South Africa’s first black social worker) transformed in to a die-hard, by any means necessary freedom fighter and revolutionary, who refused to negotiate or shake hands with her oppressors and has been brutally honest about life after Mandela’s release in 1990 (click here to read a quote from Winnie taken from an interview published in The Evening Standard back in 2010).

But even after the couple divorced they still remained close and had a lot respect for each other. The bond they had could never be broken. 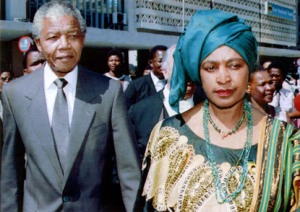 People should NEVER forget that it was a fearless Winnie who continued the fight to end the evil apartheid regime while her husband was locked up for almost 30 years. During this period the mother of two was tortured, subjected to house arrest, kept under surveillance, held in solitary confinement for a year, banished to a remote town and separated from her children. But she never stopped fighting and kept Nelson’s name at the forefront of the struggle.

Winnie has never had to ride on anyone’s coattails. You better bow down and show this woman some damn respect Madeley.

Nelson Mandela sadly passed away on Thursday and since then I have come across numerous articles and news reports via mainstream media outlets, all harping on about his apparent ‘willingness to forgive and forget’ and grateful that an elderly/smiling Mandela eased their feelings of guilt, and didn’t go ham and blast his oppressors heads off after he was released from Robben Island.

In response to this writer and broadcaster Musa Okwonga posted the brilliant piece ‘Mandela will never, ever be your minstrel’.

Black and White South Africans outside Nelson Mandela's house singing 🙂 He done it.

Apartheid only ended in 1994. People don’t be naive enough to believe that just because you see footage of both black and white South Africans standing outside Mandela’s home singing  and dancing together that all is well.

Decades of oppression, blood shed and a generation that still suffers the effects of apartheid today – South Africa still has a LONG way to go.