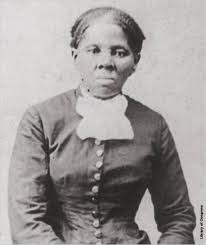 Mogul Russell Simmons sits down with Cynthia LuCiette (I can’t decide who annoys me the most during this interview), and responds to the backlash he received last last week after posting the controversial Harriet Tubman sex tape parody video on his Def Digital YouTube channel (the video was later removed). 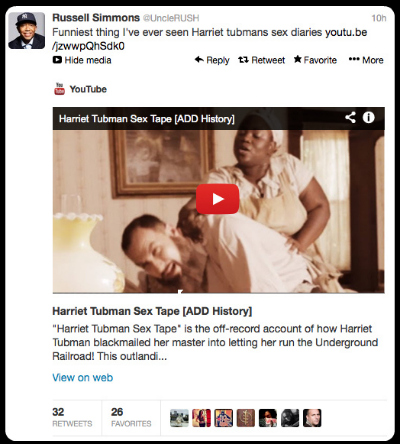 For those of you who missed it the Harriet Tubman parody video depicted the African-American slave abolitionist having sex with her white slave master with the intent of filming the act and blackmailing him.

Russell tweeted at the time that he thought this was “the funniest thing I’ve ever seen”. Yes Russell because the rampant rape/sexual abuse slave women endured at the hands of the slave master, his family members, his friends and his overseers really is COMEDY GOLD.

Watch his “apology” below. 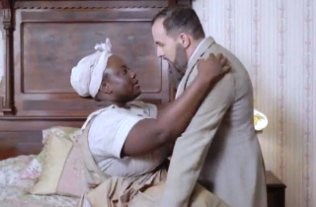 I first began to lose respect for Russell after his dubious “fact finding mission” trip to Botswana to investigate the conflict diamond trade with his business partners (the biggest crooks in the diamond trade game) De Beers in tow.   CLICK HERE to read all about it.

This latest episode involving Russell doesn’t even surprise me. Watching the way this man moves tells me everything I need to know about Russell. No black woman should be surprised by his total lack of respect for Tubman and her legacy.

Watch below a mini documentary about the great Harriet Tubman.