SNOOP DOGG ADMITS TO ‘MANAGING’ PROSTITUTES BACK IN 2003

The revelation that Snoop Dogg turned fake Rastafarian used to be a pimp does not surprise me at all. When this married man and father of three started dabbling in the world of porn and making films on his property (against his wife Shante’s wishes), then moved on to hanging out with the biggest pimp of them all Hugh Hefner and then ran around town with that dirty sack of a reptile Don “Magic” Juan’ ( a former pimp who revels in his murky past), I knew there was something dark and even more sinister going on beneath the surface too.

In a recent interview with Rolling Stone the 41 year old reveals:

I put an organisation together. I did a Playboy tour, and I had a bus follow me with ten bitches on it.  I could fire a bitch, fu*k a bitch, get a  new ho: It was my program. City to city, titty to titty, hotel room to hotel  room, athlete to athlete, entertainer to entertainer.

“If I’m in a city where the Denver  Broncos or the Nuggets play, I get a couple of they players to come hang out,  pick and choose, and whichever one you like comes with a number. A lot of  athletes bought pu**y from me.’

‘I’d act like I’d take the  money from the  bitch, but I’d let her have it. It was never about the  money; it was about the  fascination of being a pimp.

‘As a kid I dreamed of being a pimp, I  dreamed of having cars and clothes and bitches to match. I said, “Fu*k it —  I’m finna do it.” 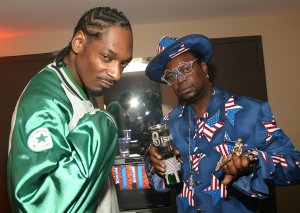 Is this really something to boast about?

Instead of encouraging those women to leave that depressing lifestyle behind he chose to exploit them further, all because he wanted to fulfil some sick pimp fantasy. And I am willing to bet that a few of those prostitutes were probably underage.

Snoop has slowly morphed in to a disgusting and creepy middle-aged fool.