Well.. well… It looks like toy makers and the Weinsteins have bowed down to pressure from civil rights activists and ceased production of the controversial slave dolls of characters from Quentin Tarantino’s hit spaghetti western/blaxploitation film Django Unchained.

Django Unchained tells the tale of a former slave (Django) who travels across  America to find his wife (Broomhilda), and is desperate to free her from slavery at the hands of an evil  plantation owner.

The dolls are no longer being sold on Amazon.com, who were selling figures representing the black slaves Django (Jamie Foxx), Broomhilda (Kerry Washington) and Stephen (Samuel L Jackson). 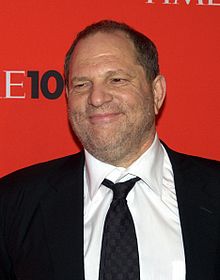 According to TMZ after Al Sharpton’s National Action Network and Project Islamic Hope spoke out about the dolls the Weinstein Company asked toy makers to cease production of the figures immediately.

‘Tarantino and Weinstein didn’t have action  figures for their movie Inglorious Basterds because they know the Jewish  community would never allow it, and the African-American community shouldn’t  allow anyone to disrespect our ancestors.’