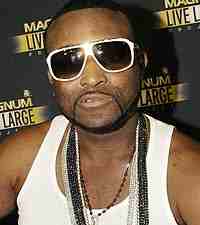 Last month it was reported that the US TV network Oxygen Media was set to air a new “reality” show titled ‘All My Babies’ Mamas’ featuring Atlanta rap artist Shawty Lo (real name Carlos Walker), his 11 children and their 10 different mothers.

Thankfully this low brow nonsense has been shut down after thousands (37,000) signed an online petition calling for Oxygen to cancel the show after the trailer hit the Internet. The Parents Television Council also called the show’s concept “grotesquely  irresponsible and exploitive” and pledged to contact advertisers of the show if  it reached the air.

At the time Oxygen defended their decision to air the show, saying that it wasn’t stereotypical in any way but would reveal “the complicated lives of one man, his children’s mamas and their army of children.”

But the network finally gave in to public pressure and on Tuesday announced that they have now decided to cancel the one hour pilot special.

A network spokesperson said in a written statement:

“As part of our development process, we have reviewed casting and decided not to move forward with the special. “We will continue to develop compelling content that resonates with our young female viewers and drives the cultural conversation.”

Well as you can imagine after being hit with this bombshell Shawty Lo (who will soon become the father of 12 children), his publicist and his supporters are not happy bunnies and all are calling for Oxygen to give the show the green light.

Lo said in a statement:

“They makin’ their assumptions off a 13-minute trailer and this like the biggest news around the world right now and it’s unbelievable.”

“The show wasn’t about, we finna be fightin. My show is not about no negative; it’s a positive. But if they wanna see the show, sign a petition.”

Appearing in scripted reality shows really is the new hustle for “celebrities” who have fallen from grace and lounge in Z-listville.

I am glad that Oxygen scrapped this rubbish. We all know what this show was going to offer and it wasn’t going to positive.

Shawty Lo along with his ten different “baby mamas” were all prepared to act the fool for “entertainment purposes” and expected to cash in along the way.

I will not be signing your petition Shawty. You and your army of baby mamas need to go out and LOOK WORK.

A lot of people keep saying  that the show “will show a good father who supports all his kids”. But I am left wondering how? I remember Shawty having one hit single some years back and then his “beef” with fellow rapper T.I. Then after that it all went quiet.

From what I can tell the man isn’t earning a regular income so how is he managing to support all those children???