Former Sugababes group member Mutya Buena announced yesterday on Facebook that she had won the rights to the ‘Sugababes’ name.

It was then assumed that the group would have to change their name after losing the legal battle. But the group’s management have issued the statement below to set a few things straight. 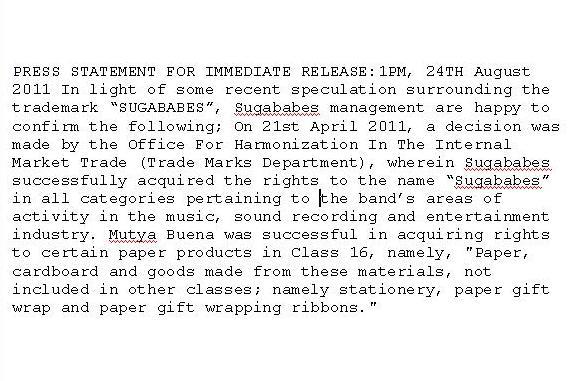