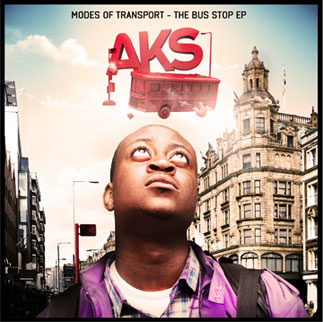 Taken from his debut EP, The Bus Stop, emerging South London emcee AKS brings us the brilliant House Called Home. The track kicks off with an exert from Enoch Powell’s politically controversial “Rivers of Blood” speech, the Chemo-produced track explores AKS’ take on attitudes towards immigration, his identity as a British-Born African and a sense of belonging.

I’ am loving this track. I’ve been following fellow South Londoner AKS’ career for a number of years now and AKS is one of the very few UK rappers that I rate highly.

I recommend that you all click HERE and meet AKS at The Bus Stop.

The Bus Stop EP is OUT NOW via Less Is More Music, available on iTunes and all good digital record stores with 500 limited edition physical copies released via TheBusStopEP.com.