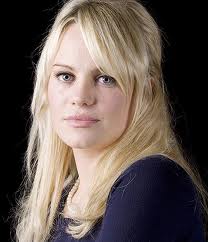 Several days ago I posted a story about Welsh songstress Duffy. The story which was posted on the Digital Spy website ( the original source was The Daily Star), claimed that Duffy’s label A&M (a subsidiary of Universal Music) was closing its doors due to “disappointing sales” of her sophomore album Endlessly, which was only released LAST WEEK!

I wrote that I couldn’t understand why they would label her album a flop when it was only released last week, and the supposed closure of A&M Records due to her sales sounded exaggerated.

Anyway today I received an email from the A&M legal team who have informed me that,

“A&M Records has not closed and there are no plans to do so”, followed by “There was never any question of Duffy’s new album being released next year rather than this year, and her album has already sold half a million copies worldwide”.

Mad News would like to thank A&M for setting the record straight. There was major concern after the news hit the Internet.