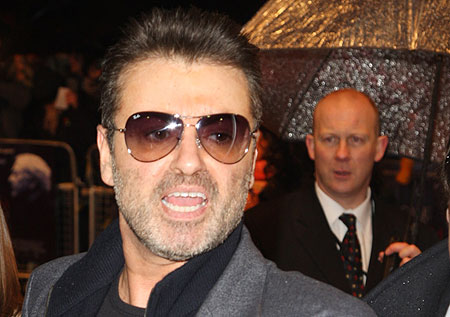 George Michael has been given an eight-week sentence for crashing his car while under the influence of cannabis.

He was also fined £1,250 at Highbury Corner Magistrates Court in London and given a five-year driving ban.

The 47-year-old singer was arrested in July in Hampstead, north London after driving his Range Rover into a branch of photographic store Snappy Snaps. Continue Reading….

Yeah…I’m sure George appreciates your concern and support Mark.

I just know somebody somewhere is running around wearing a ‘FREE GEORGE’ T-shirt.