QUOTE OF THE DAY: NOEL CLARKE 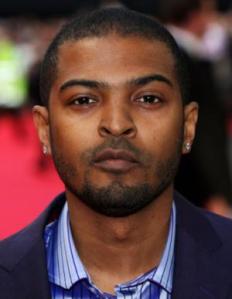 I was always on this – “Gotta write a part for that guy, Gotta bring in that girl”. How can i help this person, how can i help that person. “yeah I’ll call that guy for you” “yeah, i’ll drag my arse round london with your scenes and get you an agent”.

Of course that didn’t/hasn’t left me a lot of time to focus on me. I wasn’t writing as much as i used to I was being loyal to others to see how i could help them.

Actor/director/writer Noel Clarke fired some subliminal shots last night via his blog at those who he claims have stabbed him in the back , and ONCE AGAIN talks about how much he’s done for people in the past, and the doors he has helped to open.

But anyway, I chose to highlight the above section from Noel’s post because I believe everything he wrote to be true.

Since his first film Kidulthood, Noel has gone out of his way to cast individuals in projects who really have NO BUSINESS starring in feature films (excluding Adam Deacon and Aml Ameen).  And out of loyalty he then went on to create random characters so that those same faces could be featured in his other projects.

It’s obvious that Noel was keen and focused on opening doors for individuals with whom he had developed close ties with. But in reality most needed to enroll on an intensive acting course, while others needed to gain more acting experience appearing in TV dramas like Eastenders, Holby City, Casualty and The Bill first. (e.g. one individual in particular who starred in his latest film 4.3.2.1 as one of the female leads – BIG MISTAKE)

I’ll still give opportunities to people coming up if i can, but now nobody gets anything unless it’s earned.

Well if this means that from now on he plans on helping people who can actually act, and he will refrain from hastily creating characters so that a bunch of inexperienced randoms from within the UK ‘urban’ scene can enjoy some big screen time, then that’s a good thing.