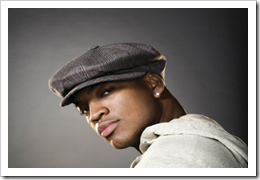 There are doubts about whether Ne-Yo will be able to perform at his three remaining UK shows after he was taken ill and left the stage in tears during a gig in Manchester.

The R&B singer, who was performing at the MEN Arena in Manchester on Thursday, was crying after struggling to sing on stage for over half an hour.

He told fans he had never not completed a show before but couldn’t continue with his performance.

Ne-Yo is meant to be performing in Liverpool tonight ( Friday ) and in Newcastle and London over the weekend.

BBC Manchester presenter Karen Gabay was at the concert and said Ne-Yo looked like he had a “really bad fever”. Continue Reading….

This sounds serious. I wonder if he has contracted Swine Flu……