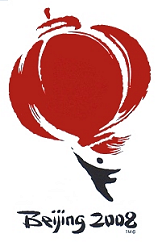 China’s Foreign Ministry has denied that they plan on banning blacks from going in to bars during the 2008 Beijing Olympics, which kicks off next week.

A statement posted on the ministry’s site said:

“The report proved to be sheerly groundless as we checked with the Beijing Public Security Bureau. Beijing’s public security departments, including the Sanlitun police station, have never demanded that any bar stop serving customers from any region or country.”

And my response to that is – We don’t believe you, you need more people.