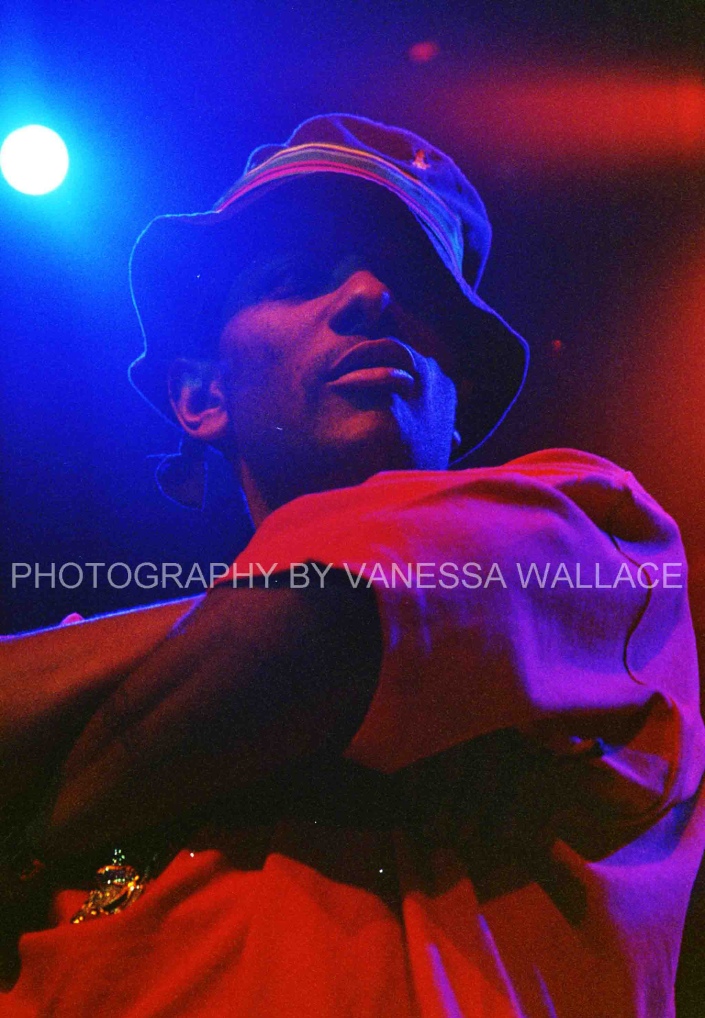 [Thanks for pic Nessa]

Currently in the middle of serving a three year prison term, rapper Prodigy and one half of Mobb Deep, refuses to let his unfortunate circumstances slow him down and ironically seems to be busier then ever!

In this quick interview with Mad News, the Queensbridge (NY) native talks about his highly successful online blogs, G-Unit and his up and coming projects……

(Special thanks, goes out to Jackie O and Kiki)

Mad News: On the odd occasion in the past, when you and Havoc visited the UK to perform at sell out shows, due to excitement, your fans here always seemed to end up losing their minds. They would run up on stage to join you and Havoc, and as a result your shows would come to an abrupt halt because things would get out of control.  At the time did you find the fans behavior during your live performances overwhelming and slightly unnerving?

Prodigy:  Nah. That show right there in London… everybody jumped on stage, it was so hyped, it was like a riot, it was like a breakout, and the security was scared. We had to act as our own security and s**t. We had to control the crowd. But it was all love. As long as every body shows respect, then we got respect.

Mad News: Mobb Deep has always had a die hard underground fan base. But when you and Havoc signed to G-Unit many fans didn’t hold back when it came to voicing their displeasure at the union via website forums/blogs, and some even flat out refused to purchase the album “Blood Money”.   Looking back do you regret some of the decisions that you made business wise during that period?

Prodigy: Nope! We sold the same amount of records like we sold before. We do what we do every time around man, so we don’t regret nothing!  With the G-Unit deal, we made a lot of money with that. We travelled the world and you know, ‘Blood Money’ went gold.

Mad News: Is Mobb Deep still very much a part of the G-Unit family at this point in time?

Prodigy: Yep! We got the tattoos, 50 got ‘Mobb Deep’ tattooed on him. It’s not here today, gone tomorrow.

Mad News: I was impressed to read that you filmed a video for every track from your most recent CD, H.N.I.C. Part 2′. These days most artists are lucky if they can get their label to cough up funding for two videos. How did you manage to persuade the label to give you funding for each music promo?  Or did funding come out of your own pocket?

Prodigy: Yeah I did everything myself. I recorded the whole album, did all my videos and then just handed in the project to the label. So that’s how I’m going to do things from now on.

Mad News: Tell me about the DVD that you plan on releasing soon?

Prodigy: H.N.I.C.2 the DVD edition, there’s a video for every song on there. It’s crazy. We got some bonus videos on there, some bonus songs. I got the video for ‘Dirty New Yorker’ on the Grand Theft Auto 4 game. I have a bonus song called, ‘Sleep When I’m Dead’. So I got a lot of fire on there.

The fans don’t never have to sit there and wait for BET, MTV or any other video channel to play my s**t. They can pop the DVD in and watch it all day, everyday, as much as they want, whenever they want.

Mad News: What is Havoc working on at the moment?

Mad News: You have two really good blogs, one on Vibe.com and the other on your site HNIC2.com. Admittedly when I first got word that you were blogging I just assumed that this was a case of an artist having a blog, but it was being ran by an assistant, posing as the artist. I was soooooooo wrong! Why did you decide to embrace the Internet and the world of blogging?

Prodigy:  Mobb Deep’s been on the Internet game since ‘99/2000’. We were like really, one of the first rappers to take advantage of the Internet. It’s just a community that you have to pay attention to. There’s millions and millions of people all around the world on the Internet. Everybody around the globe is on the Internet, so if you’re not on there, you’re missing out on a whole lot of people.

A blog, that’s just a new way to communicate, to leave my voice out there for the people. I can write whatever’s on my mind while I’m here in my jail cell, send it home and then it will be up on the blogs Vibe.com and HNIC.com, for everybody to see. It’s my way of reaching the people.

Mad News: Do you have any favourite blog sites (apart from your own) that you visit on occasion?

Prodigy: Nah. I ain’t in to all that really. What I do is something special. It has a message in it. I’m not just blogging just to be typing words. My words have messages in them. Nobody else out there is doing what I do. And if they are, well I haven’t heard about them. So I ain’t really in to checking out people’s blogs.

Mad News: Do you plan on releasing a book at some point (fictional or autobiographical)?

Prodigy: Yeah, I got an autobiography coming out soon. It will be about my life, rap music, and living with Sickle Cell Anaemia.

Check out Prodigy’s blog on his official website HNIC and on Vibe – “Because Prodigy Says so!”

The one word in which I would use to describe his blog posts…. DEEP!!!