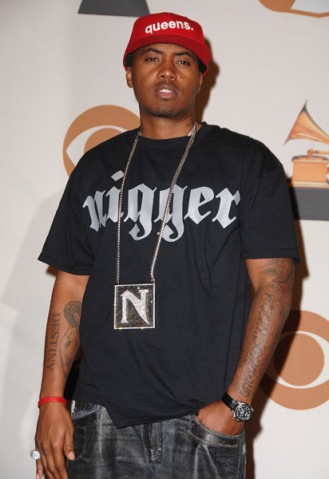 Nas talks about his music, The Grammys and his eagerly anticipated forthcoming album ‘Nigger’.

Nas also reveals that the album will drop on April 22nd.

I’m glad they asked him to elaborate on the comments he made at The Grammys, with regards to the US Voting Rights Act.

President Bush recently signed a document EXTENDING an African American’s right to vote, which effectively means that right could be taken away when the extension comes up for renewal again! If they decide not to renew it then that’s a black man’s/woman’s right to vote thrown out the window!

This also sheds light on the fact that blacks are still thought of as being second class citizens who need to be controlled….(shaking my head).

People should be encouraged to kick up a major stink and need to ask two questions!

1) Why is this age old document still in existence?

2) When presented with the document to review/sign why didn’t Bush request for it to be destroyed?