“Undiagnosed” is a gripping British Web Series that raises awareness about mental health, gambling addiction and other taboo topics faced in local communities all over the world. All of the characters and storylines are based on real life events, and reflect the current state of mental health awareness, and its impact on every day families.

Audiences are invited to experience the raw truth of what happens behind closed doors when people are being challenged with mental health issues in their daily lives. Viewers of the Drama series will be taken on a thought provoking journey as the storyline unfolds, and be challenged to be more attentive to their own mental wellness and that of the ones they love. 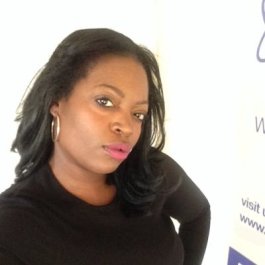 The 7-part web series is presented by Simmy King – an actor, director, radio host and filmmaker from South London. The trailer was released on 20th Feb, with the series premiere on 23rd of March 2017. Episodes will be released every Thursday.

Undiagnosed features an all black cast and was both directed and co-written by Simone King (Wandsworth Radio host, Actress & Founder of Underdogs Meetup Group) who also appears in the series. Other stars include Leon Herbert (known for ‘Alien 3’ and ‘Dark Floors’), Jordan Pitt (known for ‘Montana’ and ‘Stormhouse’) and Anthony Chisholm (known for ‘Rotten Retail’, ‘Dark Knight Rises’ and ‘The Legend of Tarzan’).

“Our goal is to inspire people to see mental health in a new light – to realise that everyone should concern themselves with their mental wellness just like their physical wellness.” — Simmy King

“We want people to watch this series and know that they aren’t alone. That mental health isn’t something to ignore or downplay.” — Simmy King