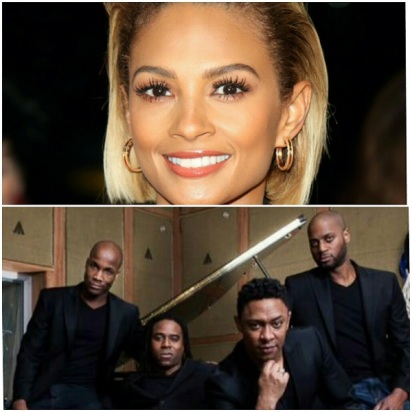 This story cracked me up this morning. Really???

Britain’s Got Talent judge Alesha Dixon (whose father is black and Jamaican for those who don’t know) has been accused of racism after calling the band Vox Fortura “Four sexy chocolate men” while critiquing their performance.

However, angry fans on Twitter deemed the reference inappropriate and racially insensitive.

Alesha Dixon saying 'Chocolate Men' is surely racist right? I mean, that was so, so, so Scandalous……. #BGT #Misteeq

Can Alesha get away with saying what she said about @Vox_Fortura? Had it been any of the other judges, they'd be called racist #BGT

#BGT That was a bit of a racist comment Alesha (4Chocolate Men) If Amanda had said that it would be all in The News.

All this OUTRAGE, yet when REAL issues regarding racism towards black people pop up, I bet the same individuals picking at Alesha over this nonsense remain SILENT.