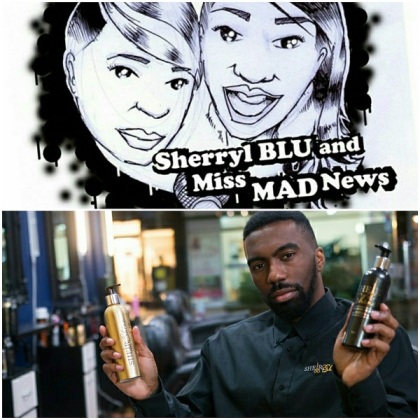 This week, Sherryl and Jan caught up with Mr Shear and Shine himself…Aaron Wallace!

Aaron Wallace and business partner Lina A Mtengeti-Gadi joined us in the studio to discuss the rise of Shear and Shine (www.shearandshinegrooming.co.uk) – the first supplier of Black male grooming products in the UK.
We covered the products, the business…the whole freakin’ movement!

We also spoke about why ‘ghettoness’ has no place in business and why customer service is one of the keys to success!

Once we got all the business talk out of the way, we put Aaron on the spot and told him he would sing for us before he leaves – after dropping Lina in head first by exposing her passion for singing loudly in the office, she was forced to defend herself.

Moving on, we spoke about Idris receiving an OBE and Ashley ‘Bashy’ Thomas’ new role in 24: Legacy.

Michael Jackson ‘pops up’ again, we discussed the offence apparently caused by the designer dresses worn by the Obama daughters at the White House state dinner and we crowned 50 Cent our Pum Pum of the Week…

All of the above and loooooooads more….