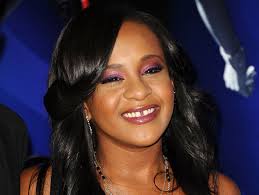 Kristen Foster said she passed away on Sunday surrounded by her family and was “finally at peace in the arms of God”.

Brown was discovered unresponsive in a bathtub on 31 January and placed in a medically induced coma. She never regained consciousness.

She was moved to a hospice in the city of Duluth, Georgia, a month ago after her condition deteriorated.

Brown was the only daughter of Houston and R&B singer Bobby Brown.

This is just tragic.