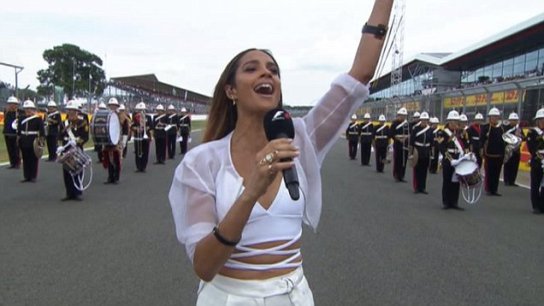 TV star and singer and Alesha Dixon has received backlash after she sang ‘God Save The Queen’ in a ‘American accent’ and changed the words.

The Britain’s Got Talent judge came under fire on social media yesterday while singing the national anthem at the British Grand Prix.

In response to the criticism a vexed Dixon tweeted (and later deleted), 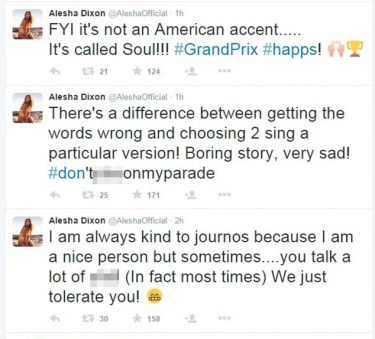 When did we start singing soulful renditions of God Save The Queen? This style of vocal only works when singing The Star Spangled Banner.

I’m afraid it’s a NO from me Alesha.

Tagged as: Alesha, Dixon, God Save The Queen, NO!