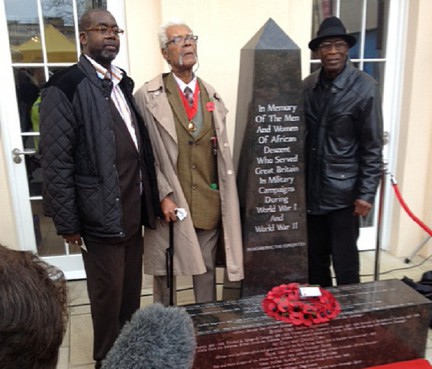 The historic unveiling of a war memorial in remembrance of African and Caribbean servicemen and women who served in World War I and World War II, took place on November 11 (Armistice Day) at the Black Cultural Archives in Brixton.

Engraved on the war memorial are the names of all the African and Caribbean regiments who contributed to the United Kingdom’s war effort during both conflicts.

“The efforts of military contribution to both World Wars by African and Caribbean peoples have for too long remained overlooked and unheralded.

This memorial will correct that omission and give justice and dignity to the hundreds of thousands of African and Caribbean servicemen and women who made the ultimate sacrifice for the mother country.

For more information on how to support the project visit: www.gofundme.com/nubianjakmemorial