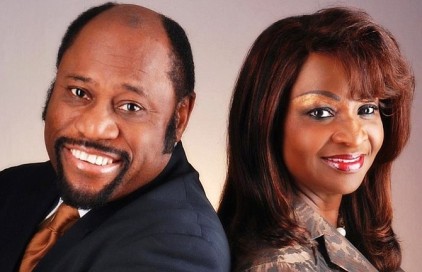 The Tribune 242  reports that the leader of Bahamas Faith Ministries, Dr Myles Munroe, and his wife Ruth have been killed in a plane crash in Grand Bahama.

The crash took place this afternoon and killed all nine people on board the private jet. The plane reportedly struck a crane at the Grand Bahama Ship Yard, exploding on impact and crashing into the ground near a junkyard area.

Munroe (60) was a  Christian preacher and motivational speaker. He frequently appeared before mass audiences at Christian events with other widely known preachers, like Bishop T.D. Jakes and Bishop Eddie Long. He wrote and co-wrote more than 100 inspirational and motivational books, many of which were best-sellers in the Caribbean and Africa.

Rest In Peace all those who lost their lives.