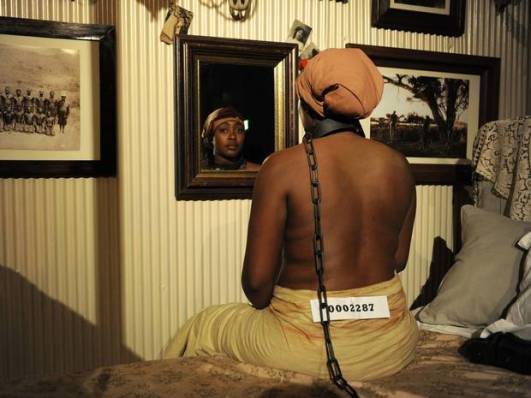 Protestors are calling for the cancellation of the controversial exhibition ‘Exhibit B’ (Human Zoo), scheduled to run at the Barbican in London this month.

Created by South African artist Brett Bailey and his company Third World Bunfight, “Exhibit B” focuses mainly on the racist practices of 19th and 20th–century colonial Europe, from human zoos to ethnographic displays, re-creating them with contemporary performers of African descent. By all accounts, the piece is brutal, as performers literally stand in for Africans who were abused by Europeans in all manner of ways — from a woman kept chained to a bed by a French officer for sex to a slave forced to wear a metal mask covering his face, with a pin running through his tongue. [Source]. 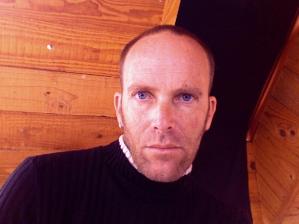 Watch a clip of the exhibition below.

Reparationist, community advocate and radio Broadcaster Esther Stanford-Xosei (below) explains why the exhibition is racist and tells us why it should be banned, not just in London, but the rest of the world.

An online petition  has been set up by Sara Myers calling for ‘Exhibit B’ to be banned. CLICK HERE to sign the petition.

I totally agree with Esther Stanford-Xosei and couldn’t have said it better myself.

I also have an issue with the black performers (click here to read their testimonials) who agreed to “star” in this production and sold out for a cheque, along with free bed and board. Where is your pride, dignity and self-respect?