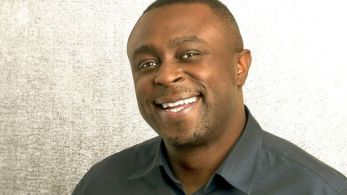 The ‘Power List’ has been a major talking point, and the unexpected backlash has forced 1Xtra employees to come out and defend the decision to place pop singer Ed Sheeran at the top of the list, among other things.

Sam Wolfson (editor of website Noisey UK who helped to compile the list) later joined the debate and was asked about Ed’s (a pop artist) inclusion on the list.

I was vocally going against him (Ed Sheeran). There were two white guys, myself and another guy in the room  who were saying ‘there are too many white artists on the list’, and the 1Xtra DJ’s, the black DJ’s were saying, ‘it doesn’t matter, race isn’t important here’.

Sometimes you have to go with what is happening in the room.

CLICK HERE to listen to the entire show and listen to Sam from [mark 41.50].

Hahahahaha – He really did expose the mindset of some of these black men, who are  galloping around  the music industry today.

Sam’s comments further confirm what I have always thought about the few black folks who work behind the scenes in the UK music industry. They should be part of the solution but instead become part of the problem.

Employees working for BBC 1Xtra should go and seek employment at sister station BBC Radio 1 or Capital FM, because they are LOST and seem to have conveniently forgotten why BBC 1xtra was launched in the first place.