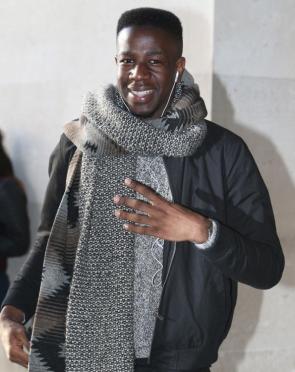 Entertainment Wise reports that The Voice UK winner Jermain Jackman is losing the UK chart battle after failing to make it into the top 40, while runner-up Sally Barker storms in at fifteen places ahead.

The 19-year-old, who was coached by will.i.am on the BBC One show, is currently sitting at number 50 on the midweek charts with his cover of ‘And I Am Telling You I’m Not Going’ according to the Official Charts Company, who reveal that fellow contestant Sally Barker, who came second in the final, is steaming way ahead of Jermain.

First off… who still pays attention to the UK single chart?

This news is hardly surprising. Previous Voice UK  winners have all disappeared without a trace and to date the show has failed to produce a success story.

Also when I tuned in on Saturday night and watched Jermain sing Wrecking Ball by Miley Cyrus and the Dream Girls classic ‘And I Am Telling You I’m Not Going’,  I scratched my head and wondered why his mentor will.I.am chose songs that are sung by women and were specifically written for women to sing.

Anyway when I look at Jermain I foresee a successful career in musical theatre. He is not a ‘pop star’.